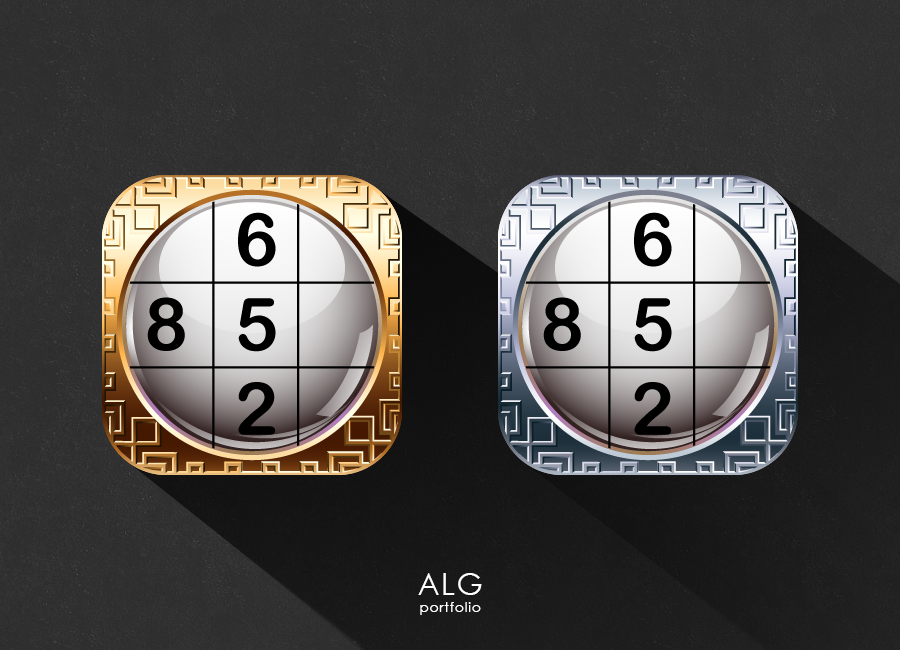 Solebon needed a new icon or button design and created a contest on 99designs.

A winner was selected from 69 designs submitted by 15 freelance designers.

Entries from this contest 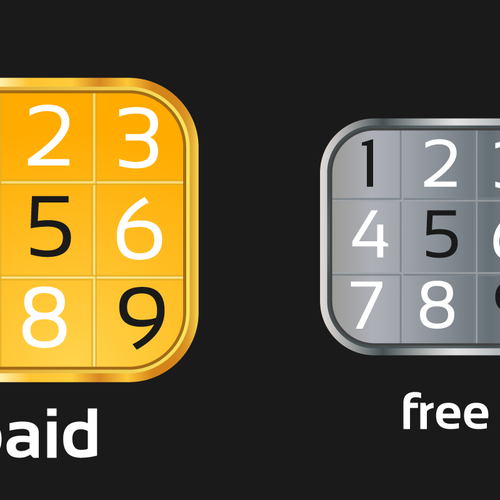 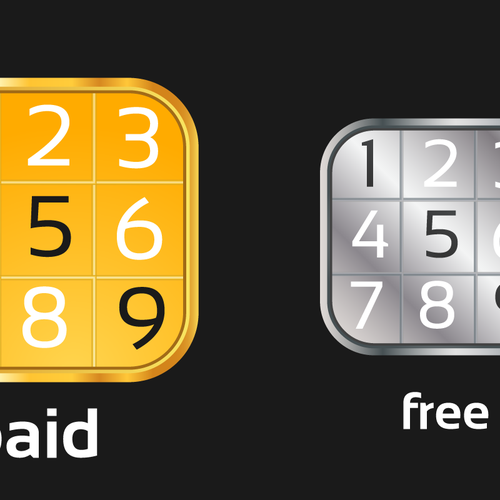 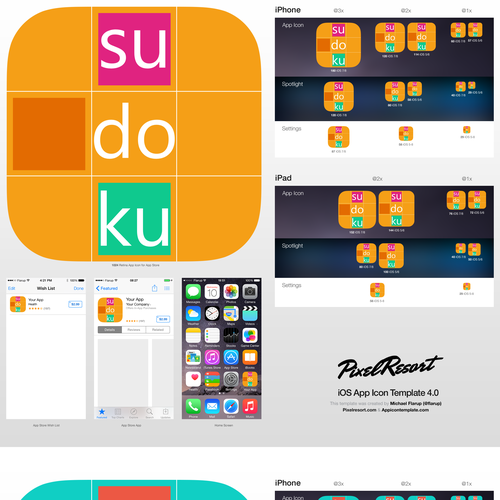 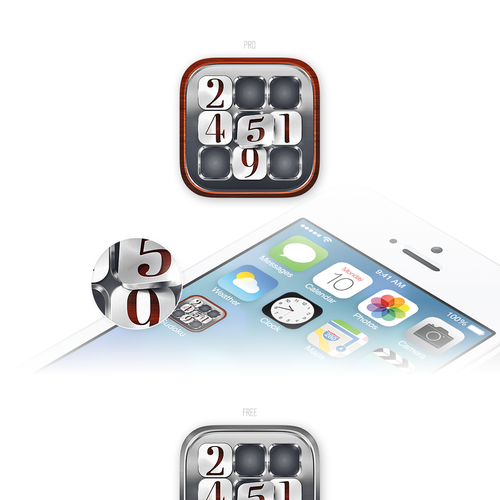 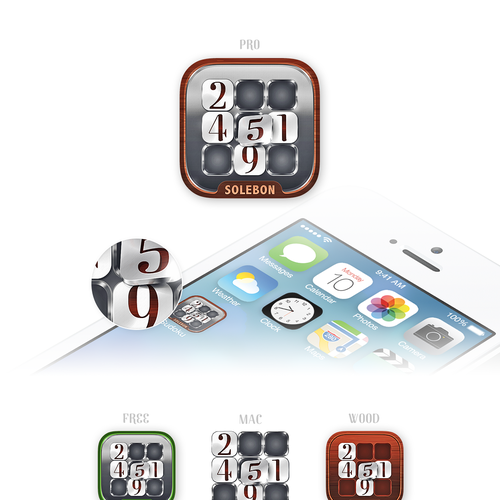 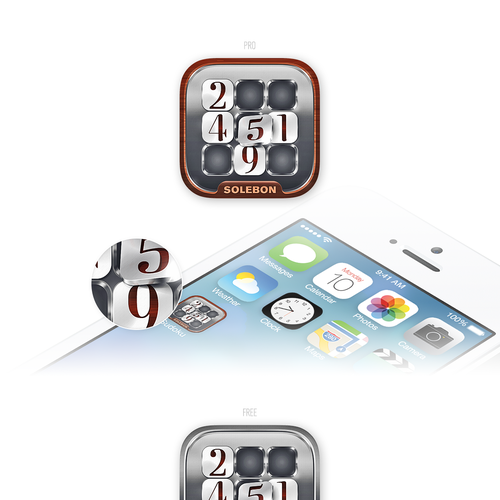 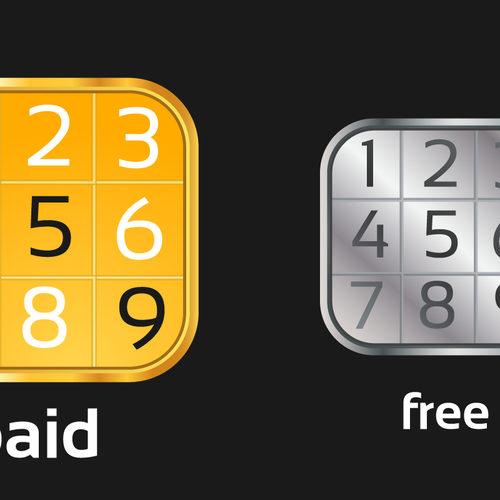 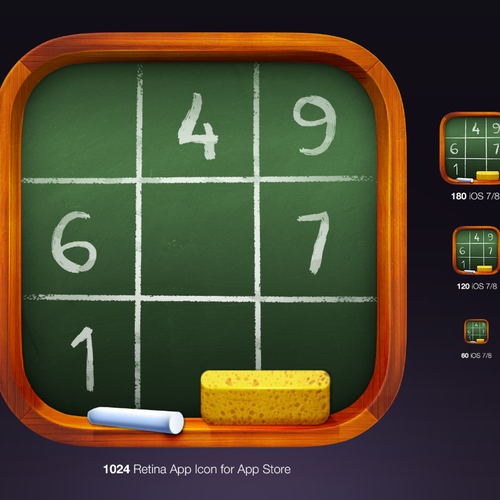 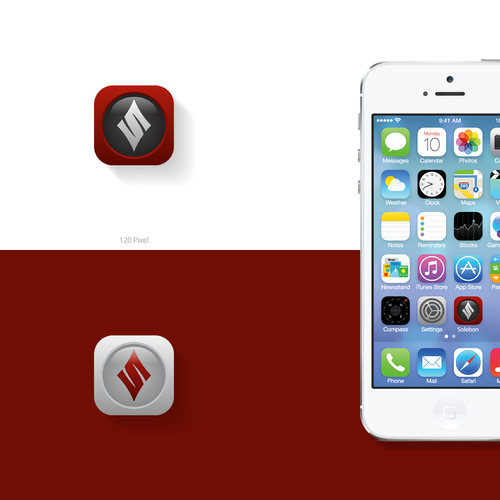 Some of the designers who made it happen

Winner - Alg Portfolio
Friendly and easy to deal with. Took direction well and was sincerely interested in making a good icon.
- Anonymous

Finalist - creative²
Creative Squared is great to work with! Timely, professional, and full of good ideas. I will use them again!
- Anonymous

How Solebon started their icon or button journey

Who are you known as?

What industry do you think your business is most related to?

Solebon is a developer of casual game applications for mobile devices.

What inspires you and how do you envision the design for your business?

Solebon is a leading developer of casual games for iOS. The company is looking for an icon design for its newest release (planned for February) to be called Solebon Sudoku, which will be available on iPhone, iPod and iPad.

Solebon Sudoku will apply the classic look and feel from the Solebon Solitaire apps (see http://www.solebon.com for App Store links) to traditional Sudoku game play. We aren’t planning any strange twists or goofy play found in other apps. This app will be classic and clean appealing to regular players.

We aren’t looking for a boring icon. We could handle that. We are looking for something interesting. Here is some guidance:

- The existing Solebon icons have a spade on a dark circle inside a colored frame (be sure to see http://www.solebon.com). We are open to designs that replicate the circle inside the colored frame approach as well as those that do not. We are looking for some brand consistency but acknowledge the current look and feel may be dated so we are open to something new.

- Sudoku doesn’t lend itself to obvious designs the way solitaire might, such as using card faces or suit icons. Feel free to leverage the little design that there is, such as the standard play field, or go a different direction.

- We are leaning away from anything with letters or words though we could be persuaded.

- We want something memorable and interesting.

Solebon was recruited by Apple as a launch partner when the App Store opened in July 2008. The contest should be a good reference point for the winner.

The winning designer will need to provide graphics in all the point sizes required by Apple for iOS apps.

The Solebon Team will monitor this contest and try to rate designs quickly. We will provide commentary when we have an idea on improving a design. We will provide other commentary as we are able. We will send general messages if we make any big decisions so that your time isn't wasted.

We saved a spot for your icon or button contest.